Home Islands Suluan Island- My number one island in the Philippines 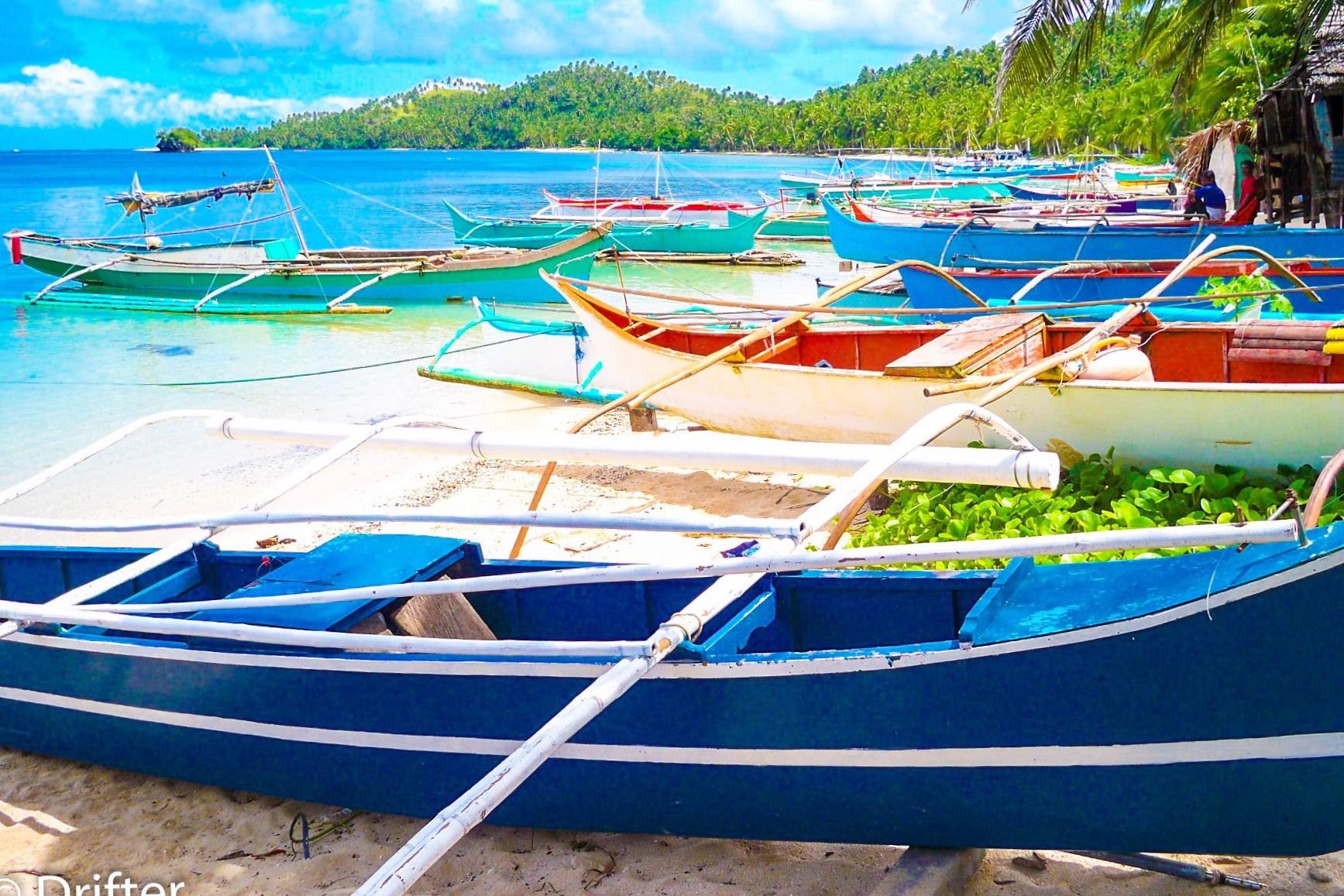 You’ll probably ask me why this is my number one island? Suluan’s location makes it vulnerable to frequent exposure from numerous typhoons every year. The resilience of the people living in the community, the uncomplicated island life, the raw beauty of the island, and hospitality are just a few of my reasons why I considered Suluan as my number one island in the country. Only a few travelers had dared to set foot on this island. I understood why. One should experience the big waves to get into this tiny slice of paradise located somewhere in the Pacific coast of Guiuan. 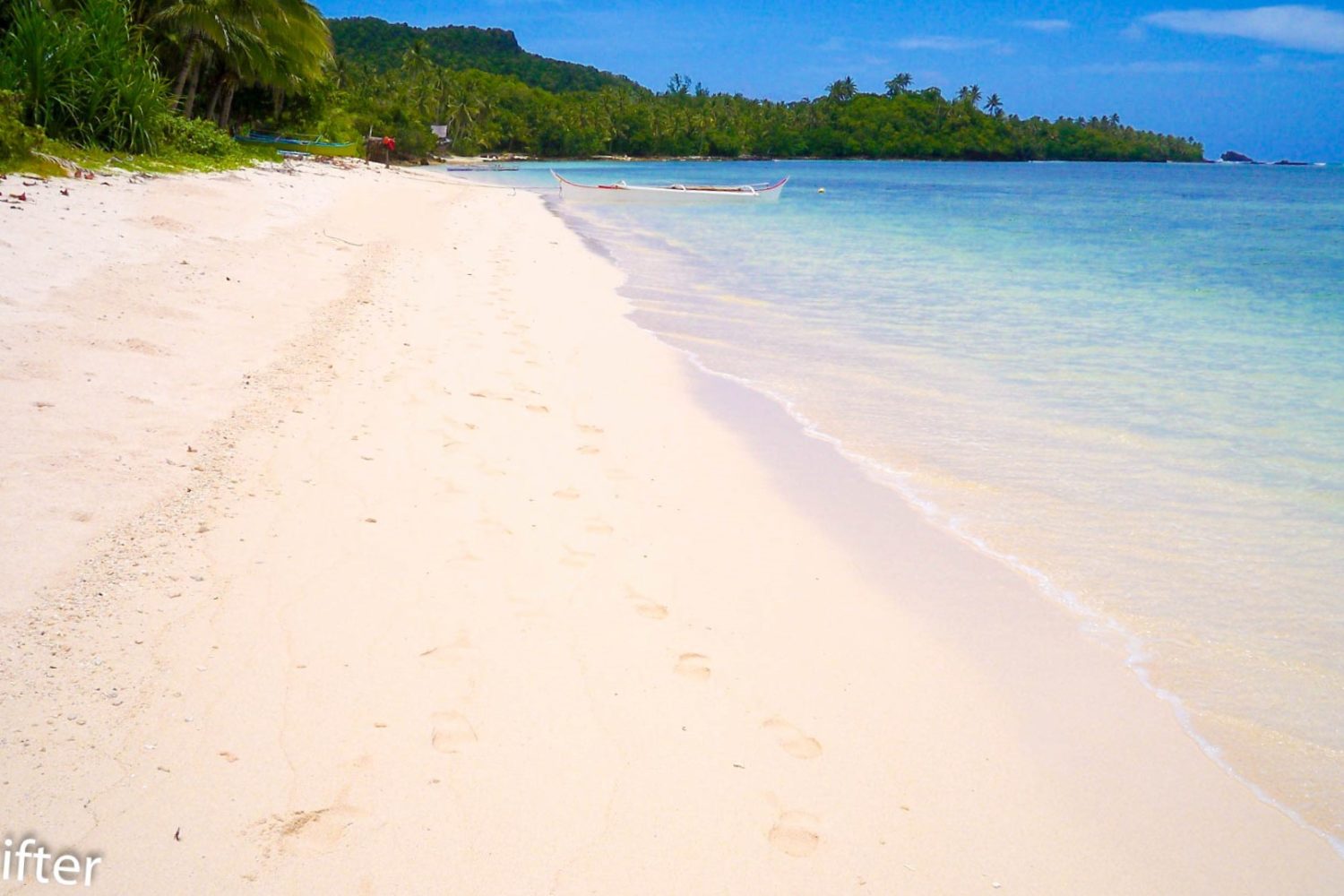 I was so lucky to join my couchsurfing friends in a gorgeous paradise island in the Pacific Ocean. The 3 hours boat ride was worthwhile as our outrigger boat fought with the big waves. Few friends from GIZ organization assigned in Guiuan, Eastern Samar invited me to spend some days at the island. Our hostess Leah,  who’s a native from Suluan and later settled in Guiuan town proper would always want to visit this stunning island and reminisce on her sweet childhood memories. From time to time, she would hop to this island to relax and enjoy the ocean’s bounty and scenic views of the Pacific Ocean.

Day 1. Fortunately, we didn’t wait that long since it was Suluan fiesta and the people from the mainland would pay a visit to their family and friends on the island. The boat accommodated around 50 passengers but I think it was more than 50 that time. I opted to stay outside to enjoy the big waves. The splash of saltwater was a bit irritating to my eyes but it was enjoyable as the passengers screamed with the approaching unlimited waves. That was my first time to experience a boat ride with the waves as high as two- storey building but it seems that the locals are used to it so I calmed myself. Approaching the island, I was so excited to jump into the boat. It was almost sunset when the boat docked. A lot of people were waiting at the shore & helped unload stuff. Warm welcome and smiles greeted us at the shoreline. We waited for a while for the sunset. A quick display of colors from yellow to orange to red and purple was still embedded on my mind. Such a gorgeous scene. My first time to saw those beautiful color combinations.  The water was just perfect to cool down. 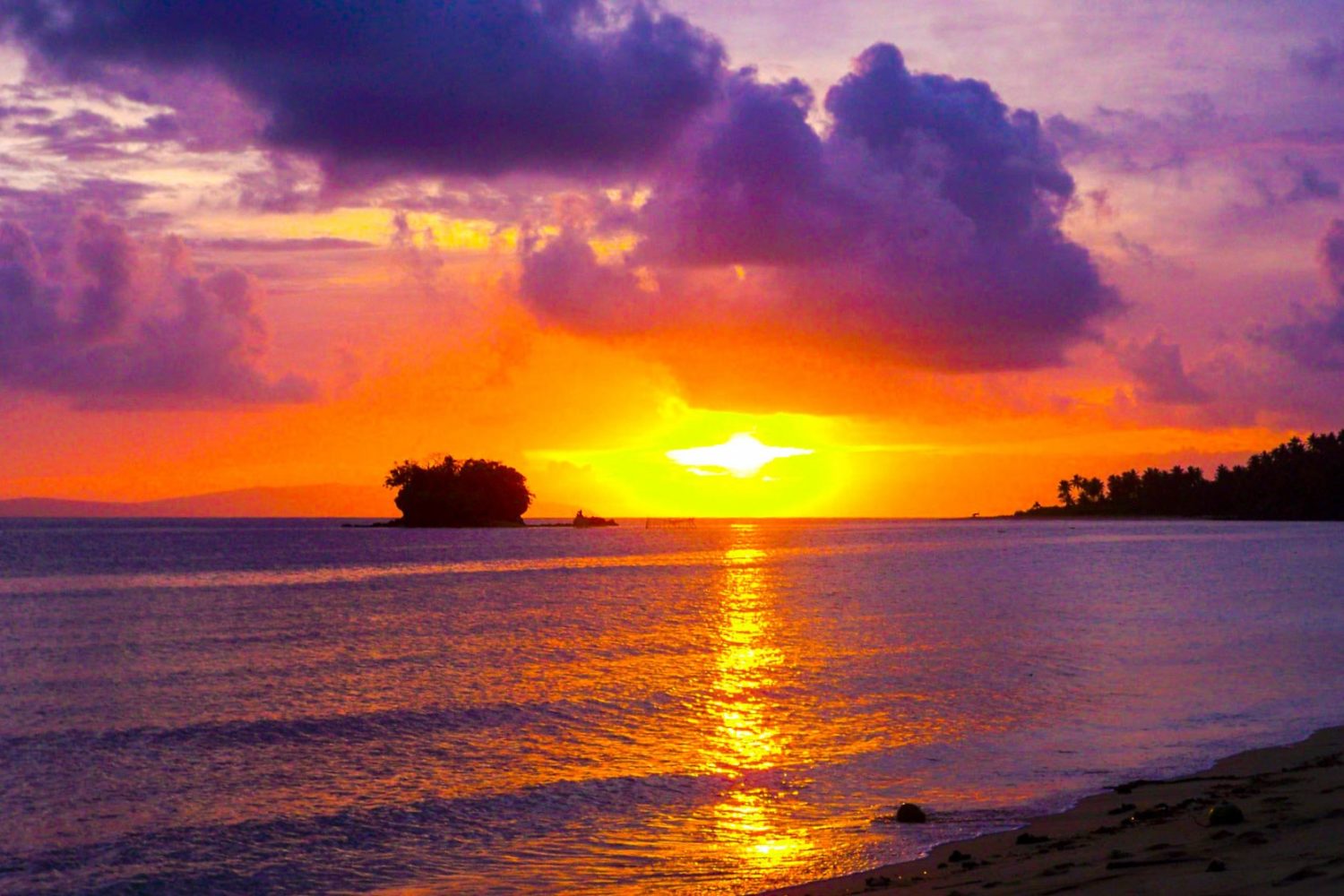 Fresh fish, crab, and shrimps was a good reward for the tiring trip. Perfectly paired with a bottle of cold beer. Electricity will be off by 2000H.

Day 2.Ultimate  Island Tour. Right after we had our breakfast, my friends and I decided to explore the island. Started from the lighthouse, we trekked from the mangrove sites and passed by some nipa palms that will lead you to the stairs going up to the lighthouse. Reaching to the top, we were rewarded with a panoramic 360 degrees view which allows you to see both the mainland Samar and nearby Homonhon Island and the vast Pacific Ocean. Some solar panels were still installed but non-functional. Too bad, sailors will not be guided anymore. Hungry from the hike, we go back to the house to grab in some lunch. Never did we wasted any single minute, so after that, we immediately proceeded to the beach and hiked at the Minamanoc Islet on the west coast of the island. It was purely covered with cogon grass, few species of bonsai mangroves, and coconut palms at the lower part of the islet. The view was captivating with all the rushing waves and the never-ending swells perfect for surfing. We spent hours of beachcombing and simply buried ourselves in the sand.

Night has come and we had a dinner invitation from the barangay chairman. It’ll be an opportunity to meet some islanders. I want to know how it is living in this kind of isolated island. I sometimes felt envious with the simplicity of life they have. Limited access to communication. If you want to send a text message, you have to climb the lighthouse or sometimes at the shoreline close to the old docking point. Electricity is only until 2000H and sometimes unfortunate moments like bad weather which hinders them to cross the island. We were tipsy when we proceeded to the plaza for some tuba (coconut wine) and curacha dancing. Curacha is a native dance from the people in Eastern Visayas especially in Leyte and Samar, where a couple dance, with the female being chased (palanat) by the male partner as they throw money (abwag).  It’s a tradition early recorded as early as 17th century by Father Alcazar,  a Jesuit missionary to Samar and we weren’t exempted. That was my first time to dance curacha. 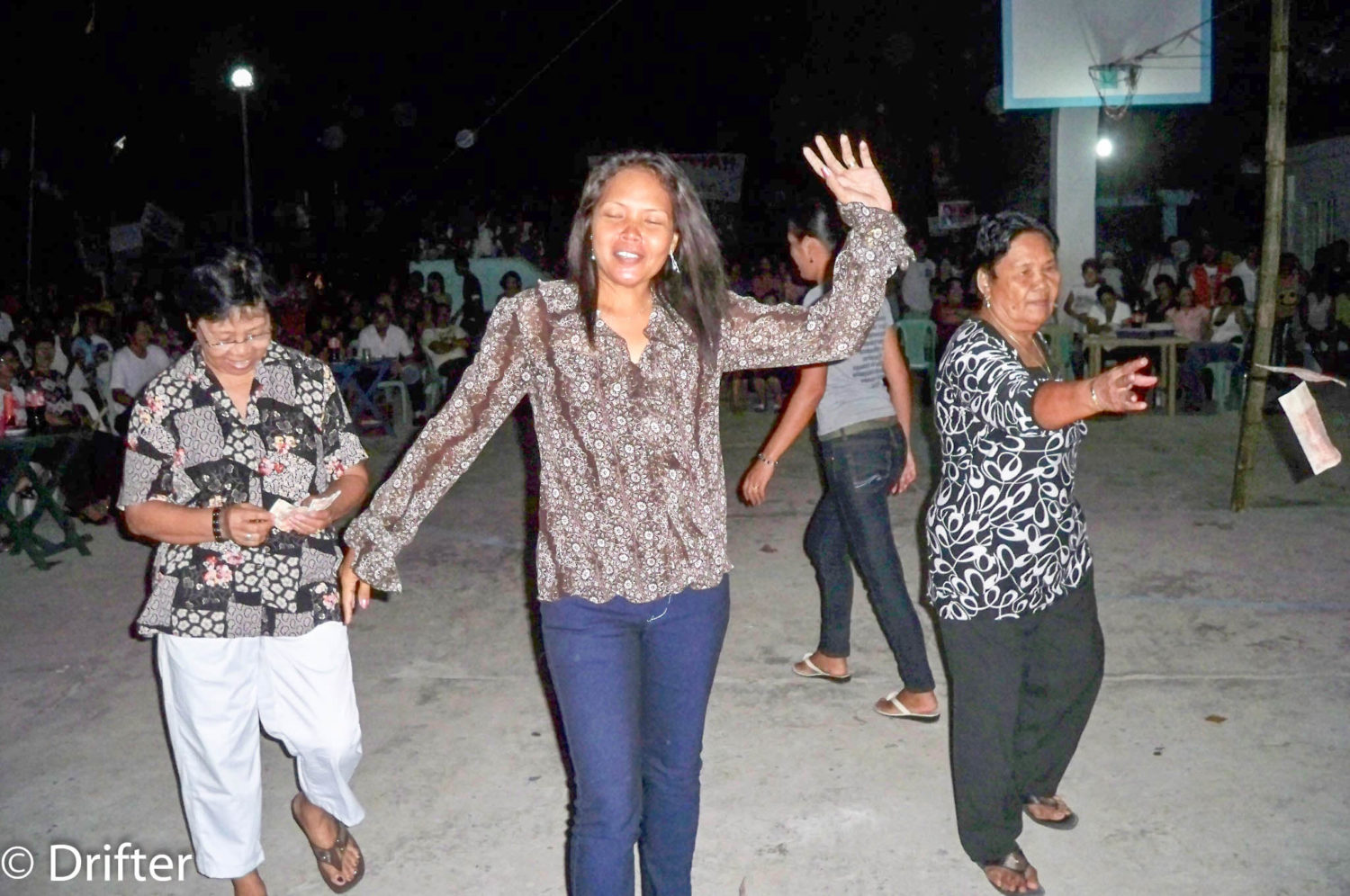 Day 3. Fiesta.  Slept for only 4 hours, we were awakened by the noise beating drums. The parade of patron saints is on the way. We had a quick breakfast and attended the mass at the chapel. A lot of people both from the mainland Samar and neighbor island of Homonhon had attended the mass service. A big feast awaited us after the mass. We had karaoke in Leah’s neighbor. On and off electricity run by generator pissed us off. We visited a couple of houses for a drink and lots of food.

Day 4. Farewell. We woke up early in the morning with a slight hangover. I took a quick dip at the beach and head back to the island. I really want to extend my stay here at the island but we really need to go back to the mainland for the election. A small rented boat good for 6 people docked in Sulangan, a fishing village and a pilgrimage site in Calico-an Island. What an incredible experience I had in Suluan. One thing’s for sure, I shall return.